One of the features I love in QlikView is cyclic dimension group. This was not present in earlier versions of Qlik Sense and then it was substituted with alternate dimensions.

So I dropped everything to try this function and see if it can work for my scenario. And – surprise, surprise – it can! But first thing first. Let’s see what the help site says:
GetObjectField([index])This function returns the name of the dimension. Index is an optional integer denoting which of the used dimensions that should be returned.
(source: https://help.qlik.com/en-US/sense/February2019/Subsystems/Hub/Content/Sense_Hub/Scripting/SystemFunctions/GetObjectField.htm)

This sounds like it does exactly what GetCurrentField() function, right? Yes! So I finally had a solution for one of my pains. A typical requirement was to show a share of a measure relative to total. A typical use case for the TOTAL qualifier in an aggregation function. This could be made dynamic in QlikView by using GetCurrentField() function, for example like this:

I thought this was not possible in Qlik Sense, but it is, thanks to GetObjectField(), which does exactly the same thing. So I simply added a couple of alternative dimensions to a bar chart, slightly adjusted the measure calculation, and voila:

There’s one thing you need to be careful about though. In Qlik Sense, since alternative dimensions are not defined as a group, ALL chart dimensions are alternatives to each other. So whenever you want to show grouped or stacked bar chart as in my example and use alternative dimensions, users can choose wrong dimension very easily and get unexpected visualization. That’s why I also tried a different approach, with variable and buttons changing contents of that variable. I then used the variable as chart dimension getting exactly the same result with two benefits: 1) I now can have a “fixed” dimension and 2) this can be used in tables as well!

Easy, right? I also created a sample app to record these animations which you can download in case I did not explain everything clearly. Enjoy! 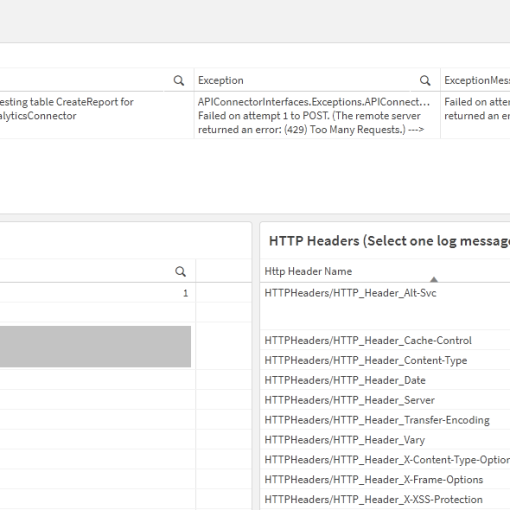 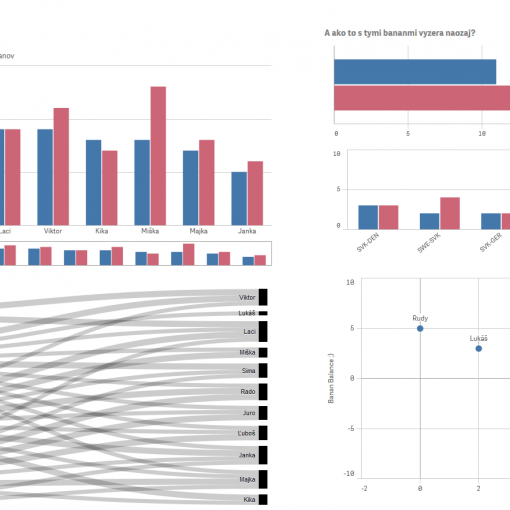 I am a big proponent of something I call “back to basics moment”. What I mean by that is the moment when […]

Telemetry dashboard and NodeGrapgh are excellent tools to use with your Qlik Sense Enterprise on Windows. So is out-of-the-box Operations Monitor app and its Sheet Usage analysis. But there’s one little thing you need to fix in orther to use these tools together.

This website uses cookies to improve your experience while you navigate through the website. Out of these, the cookies that are categorized as necessary are stored on your browser as they are essential for the working of basic functionalities of the website. We also use third-party cookies that help us analyze and understand how you use this website. These cookies will be stored in your browser only with your consent. You also have the option to opt-out of these cookies. But opting out of some of these cookies may affect your browsing experience.
Necessary Always Enabled
Necessary cookies are absolutely essential for the website to function properly. This category only includes cookies that ensures basic functionalities and security features of the website. These cookies do not store any personal information.
Non-necessary
Any cookies that may not be particularly necessary for the website to function and is used specifically to collect user personal data via analytics, ads, other embedded contents are termed as non-necessary cookies. It is mandatory to procure user consent prior to running these cookies on your website.
SAVE & ACCEPT